Home » Promoting Ocean Boating In BC

AhoyBC is marketing to your potential customers 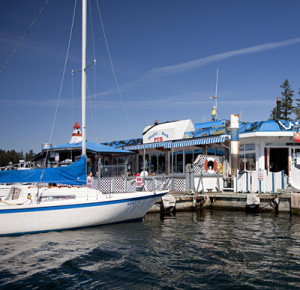 Six Great Reasons Why You Should Market on AHOY BC

Our promotions have great value because matching investment by Destination BC lowers the cost to you.

We use our market research to build a website that meets recreational boater’s interests and to tell us where we can reach them. We have Facebook and Twitter pages that are connected to places boaters go for information. Our use of Explorer Quotient, Blogbook and newsletter registration will build a group of dedicated visitors.

The AHOY BC website is THE destination marketing site for marine tourism. It is where boaters will go when they plan a visit. Our links to Destination BC, Destination Canada, regional and community tourism websites and our active social media campaign mean that boaters will find ahoybc.com. That means they will find you.

Advantage 4 The Power of Branding

Branding will create an image of BC’s coast as a defined product, with well-defined values, as opposed to a bunch of places. Branding makes us more competitive. When you participate in AHOY BC promotions, you are leveraging the power of the AHOY BC, Destination BC and Destination Canada brands.

Most of our website promotions enable you to tell boaters about who you are. We work with you to create enhanced profiles that draw attention and display your uniqueness. We connect boaters directly to your website and social media pages.

AHOY BC has developed a multi-year strategy to create a robust marketing platform and stakeholder based organization to feature BC as a world class boating destination.

Together we are stronger

A 2006 survey conducted by Genesis Public Opinion Research Inc. and Smith Gunther Associates found that the recreational boating industry in B.C. generated  $1.3 billion every year in direct and indirect impacts. Our own data estimate that just the daily spending by recreational boaters is $350 million annually.

BC Ocean Boating Tourism Association surveyed all of BC’s coastal marinas in order to estimate the volume and distribution of marine tourism. We surveyed a small number of boaters (116) to obtain information on place of origin, travel characteristics and spending. Data provided here are fairly reliable estimates. There are no better data.

Data is for marinas and harbours that accept transient vessels (hosting marinas). Those that do not were not included in the survey.

Table 2 shows total moorage space in each sub-region. Transient moorage space is shown, but the numbers don’t reflect availability of transient berths. Many marinas do not reserve space, but space is almost always available. The percentages show what portion of the total space each region has. The transient/total figure shows what percent of total space is devoted to transient vessels. So, while the transient space figures are misleading, a general appreciation of the importance of transient traffic is revealed.

Table Three shows the number of over-night vessel stays (OVS) at marinas and harbours for each sub-region. The share of the market is shown in the next column. This information is a good indicator of the volume of marine tourism on the coast and in specific regions.

Table Three does not show the number of vessel nights spent at anchor outside of a facility. Hence, for example, while visits to Desolation Sound are only 1% of OVS, we know that from BC Parks data that more than 15,000 OVS are spent at anchor there. Based on various data sources, we estimate that there are minimally four nights at anchor for every night spent in a marina or harbour.

Table 4 shows the place of origin of boaters. Roughly half of recreational boaters are from British Columbia. American boaters are the next largest segment (39%). Albertans are a significant segment. Many Albertans bring their boats to the BC coast on trailers and many moor boats permanently in BC.

The highest percentages of American boaters are in the remote regions that lead to Alaska. The high percentages of Albertan boaters in the Discovery Islands, Northern Passages and Vancouver Island West reflect road and flight accessibility and the Albertan’s pursuit of the best fishing opportunities.

We surveyed 116 vessel operators to learn about place of origin, trip duration and spending. The sample is too small to be accurate, but it is useful as an indicator.

Average trip length was 29 days and average spending per vessel night was  $185.00.